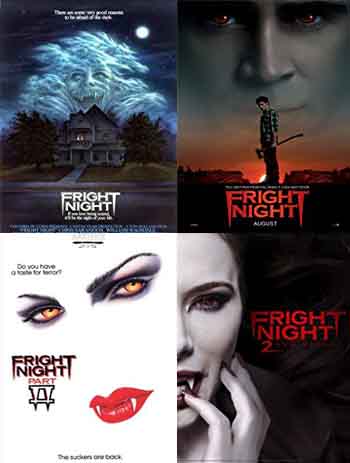 Justin starts off by choking on more Hershey’s Gold then tells why he cried all day, Russ has another Cub Scouts horror story, Justin almost hit a giraffe, Russ wins the joke contest early, Russ is MAGAist, the racist lawyer, Charley’s brain snapped, Christopher Lee had an awesome life, Evil Ed wasn’t annoying but just, Eli Roth loved Evil Ed, Russ brings the podcast to a grinding, grinding halt, this used to be a fun podcast, seeing a local celebrity, Russ hates Starbucks, Russ learns what a crooked cross is, what was Jerry’s helper?, Blade and Blade II are great, Blade Trinity is bad, the sequel/remake, androgyny on roller skates, Pumbaa is in Fright Night 2, Russ’s kid is proud of his toilet-based accomplishments, Russ got bullied by 12 year old girls, Peter Vincent is a magician, the world’s worst title card, the remake has great scenes and ideas but still isn’t a good movie, the Queen movie looks great, ethnically weird, the Stretch Armstrong bit, surprisingly dark movies, Russ gets one good pop culture reference in, motion comics are cool but cheap, the worst shot in cinematic history, Russ got a thing