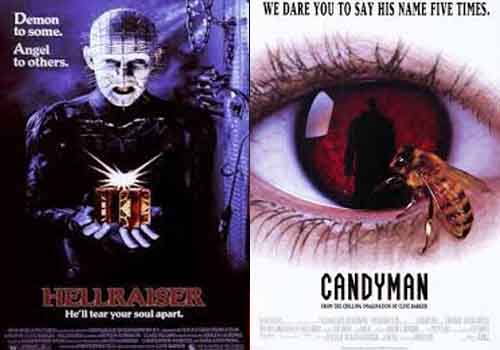 Justin ate a bad burrito, stories of the Amish, if Justin has a heart attack we won’t release this episode, having parents pick out your health insurance, Russ’s dad bought a lilac bush and was rebuked by his own son, update on the weed garden, go check out Breaker right now! (link below in perpetuity), Russ wants to strangle his kids again, billions of books, Russ coughs directly into the mic, Hellraiser!, this movie isn’t what is on the cover, the look of the Cenobites, Who’s your Daddy?, the history of the box, other Hellraiser books, Hell is scary even to atheists, Clive Barker writes like a madman, our greatest fears, Russ really likes the Candyman, Ted Raimi!, Ted Raimi is not in Sports Night, how do you pronounce aurally?, Cabrini Green, urban legend or serial killer?, chunky monkeys, Hank Williams III, libel vs. slander, the most terrified you’ve ever been, second wind, a billion bees, … and balls!, weird time jump(s), horror in the daytime, cut up from the butt up, too many endings