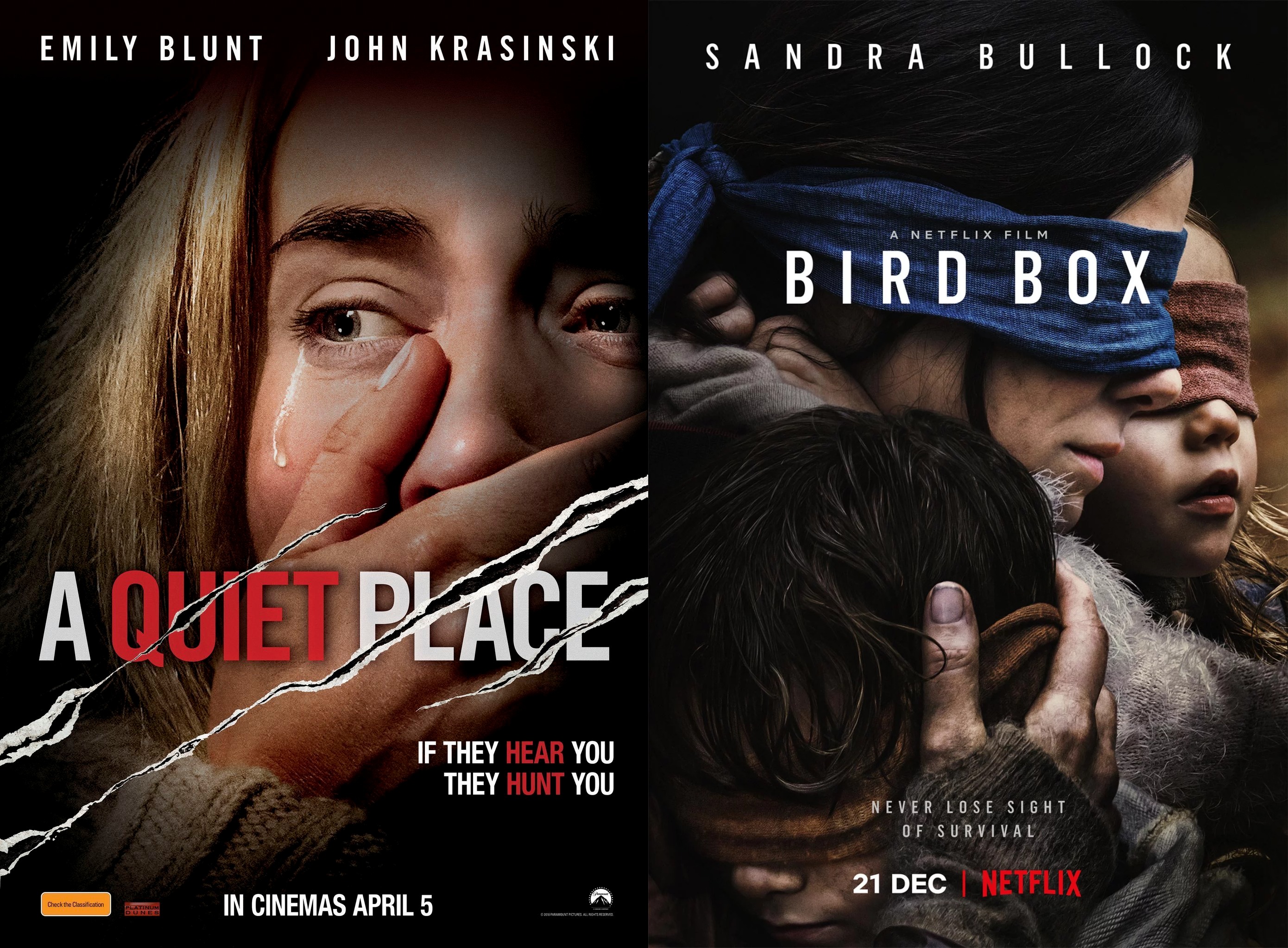 It’s too early for Justin, Russ wishes his wife was more mean sometimes, Justin definitely isn’t dead yet, Russ was disappointed in A Quiet Place and Justin is disappointed in Russ, sometimes kids like things, blind skinny gorillas, Russ is not impressed by the monsters, this episode is just Russ complaining about things in movies, Russ doesn’t know why whiteboards exist, the baby box, deal with the immediate problem first, Emily Blunt gets Marv’d, the nail gun incident, being impressed by Amish people, the time Justin’s car exploded on the way to Denver, Marianne is a bit of a screamer, the one good thing about the Texas Chainsaw Massacre reboot, comedy and horror are both about building and relieving tension, how A Quiet Place is kind of like the last episode of M*A*S*H and maybe Schindler’s List, Justin is kind of a big baby, Bird Box is a really long movie, looking pretty during the apocalypse, inky eyes

Next week: Train to Busan & The Girl with All the Gifts