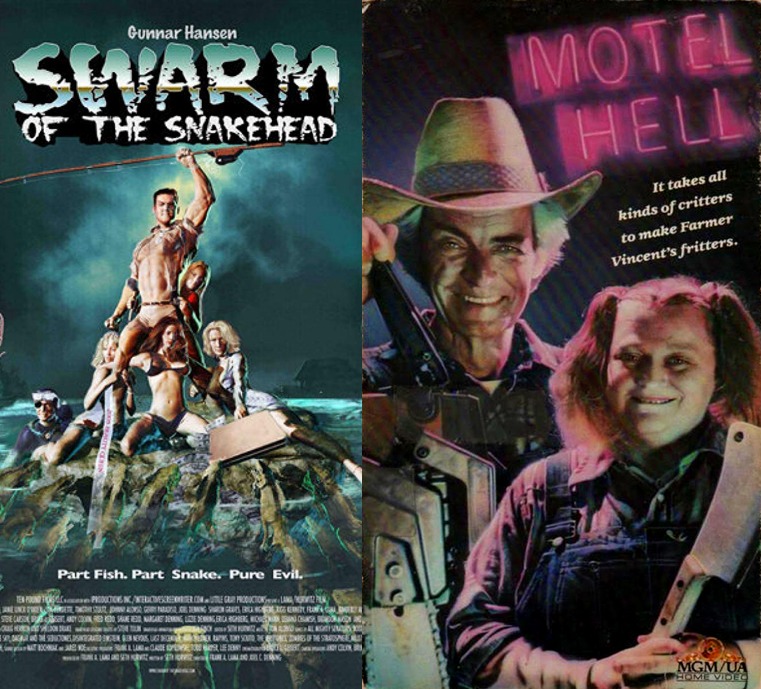 Episode 116 – Swarm of the Snakehead & Motel Hell
ReMake Me

Russ disrobes, the Dad playlist, Russ just wants to be left alone, Justin is getting a visit from the proto-mother-in-law, there’s more than corn in Indiana there’s Indiana Beach, corn vs. the GMO-haters, people who work with computers for a living aren’t adults they are just well-paid children, an update on Russ’s short story story, Justin tries to White Knight and mansplain what a White Knight is, the reveal that is only a reveal 20 years later, Fort Wayne’s greatest Mayor Harry Baals, Russ gives up the ghost real early on his plan, Swarm is so bad, don’t watch Swarm of the Snakehead, most of this podcast is just dunking on SotS, Russ and Justin have questions, that one Cher video on the boat, trap door to nowhere, the snakehead EMP, Survivor is surprisingly non-racial, cull, weird John Ratzenberger moment in real life, car dealerships are the worst, 9/11 stories, weird driving laws, hand roundhouses, exploding O

Next week: Us & Them