Episode 115 – Train to Busan & The Girl with All the Gifts 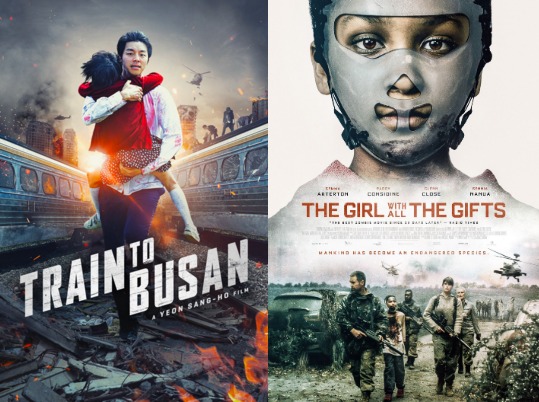 Russ starts the podcast off with something that has been on his mind since last week, guys who default to a female pronoun are a bit disingenuous, Russ is worried that he might be too much of a straight white male, Justin and his girlfriend are prettifying the house for a visit from her mom, Russ and his wife bought art from an art sweat shop, Justin cries about a barn, Russ winds up on a cruise with a bunch of rich people and watches them buy art, if you haven’t go watch Train to Busan right now!, Justin and Russ just kind of watched the movie, Russ pitches a Bollywood zombie version of Train to Busan, a new segment called Russ Kind of Doesn’t Understand the News, old ladies have bad teeth and love to eat things with hard in the name, a new segment called Russ Kind of Doesn’t Understand Action Movies, the Transformers movies are terrible but you knew that already, the cool CGI that Busan uses, The Girl with All the Gifts is either a great movie or it’s not, the movie starts off with just some disconcerting creepiness, there’s a lot of wasted potential in this movie, the bridge that made dogs commit suicide

Next week: Swarm of the Snakehead & Motel Hell