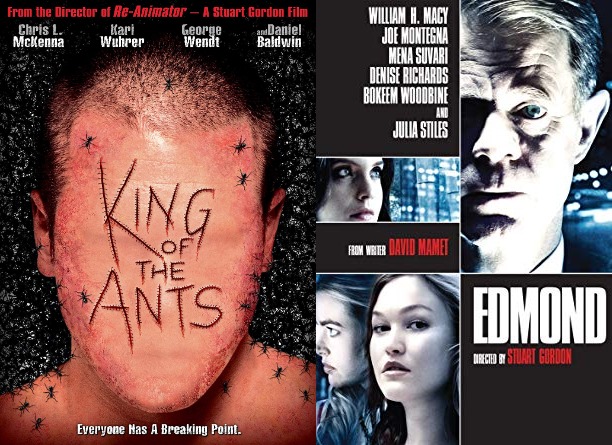 Apparently most of the cultural touchstones from the 90s were beer commercials, the boy equivalent of Lisa Frank trapperkeepers, Russ got shorted in the 2nd grade gift exchange, Russ used to be a little klepto, Justin’s mom got forced out of the Postal Service, Russ’s dad is counting the days until retirement or he gets kidnapped by the mob, the hand with two potatoes, Justin made some money on the stock market and then did nothing on a 3 day weekend, King of the Ants is a revenge movie that adds a bit of weirdness on top, recasting King of the Ants, George Wendt does not look comfortable sitting on the floor, Daniel Baldwin is a scratch and dent version of Alec, SNL is good again, Three’s Company is a show that somehow exists and for multiple seasons, Justin saw I Now Pronounce You Chuck and Larry in the theater, how Russ thinks about his father, Justin tries to explain Ant-Man to Russ and is rudely interrupted by his chair, what exactly is a one-person show?, the truth is always crazier, this is your epilepsy warning, Joe Montena improv, everyone is in this movie, negotiating with everyone, is a racist scene as awkward as a sex scene?, what babies are the cutest?, this is where I stopped listening

Next week: Rememory & Knights of Badassdom