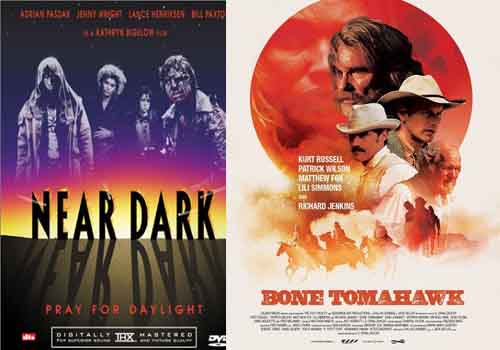 Sex talk follow-up, bad words are cool, Justin is learning how to adult, dueling synopses, Russ has totally seen Star Wars, catcalling is different from flirting and Stockholm Syndrome is different from bad writing, Patty Hearst is a person who exists, vampire preppers, Justin and Russ agree: True Blood got weird, Russ tries to get to the end already, bumpkin ex machina, lighting child actors on fire, Russ’s phone still knows he’s fat, Near Dark is not a Western, Captain Spaulding! David Arquette…eh, skinny yetis, Russ makes a call-forward joke that is supposedly hilarious, Chickory is the best character in any movie ever, Russ and Justin gush over Bone Tomahawk for half an hour, the best cinematic blue balls, heroin stupors, awkward murder, how evolution works, Justin tears up thinking about tearing up during the movie, Russ is bad at percentages, the DVD cover lies!

Next week: Incident at Loch Ness & Digging Up the Marrow