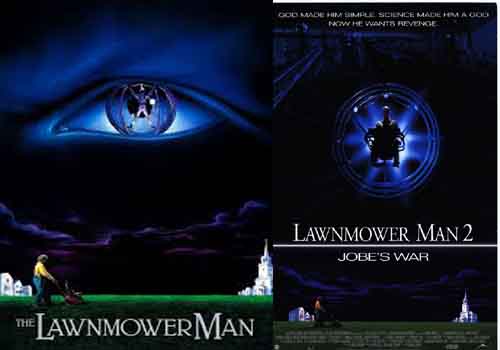 Alright…real talk…we messed up…we’re sorry, Russ hates himself, (DJ) MC Fiverr is back! Justin gets meta, Russ awkwardly tries to mooch Taco Bell, Stephen King’s short story is faithfully adapted by some college student, Justin tries to remember Squeak from BASEketball’s real name, Commentary Russ starts to slur his words, the file starts to fall apart, Russ can’t pronounce scythe, Justin defines slash fiction for Russ, Russ responds by throwing down the gauntlet, 1992 graphics are discussed, story time with Justin, conspiracy theory time with Justin, will the guys ever talk about the movie? Russ drinks himself to death, the pair actually talk about Lawnmower Man (spoilers), Russ can’t shut up, bonus fourth movie Transcendence is described and thrown away, Justin is excited and likes the word Dickensian, Russ talks about WWII for some reason, Justin spits out all the absurd things he loves about this movie in a rapid fire manner