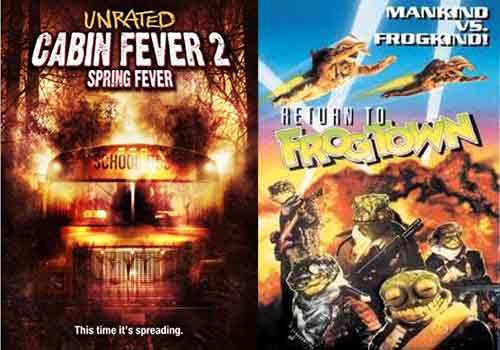 Episode 42 – Cabin Fever 2 and Return to Frogtown
ReMake Me

Russ learns a new word, Justin learns about being a parent, where did the budget go? Present Russ corrects Past Russ for the first time, Cabin Fever 2 created a beef and then a friendship, Russ has hope for likable characters but is ultimately disappointed, just look up Judah Friedlander’s bit in the movie, appreciation for fat nudity, the ineffectualness of the elbow drop, what every bad actor does, Justin likes bad movies, The Ballad of Trying to Watch Return to Frogtown, bad looking frogs, Robert Z’Dar’s face, and then there were no Sam Hells, Russ has a fetish now, full speed slow motion fight scenes, the non-twist, another complicated ending from Russ

Next week: The Island of Dr. Moreau and Lost Soul