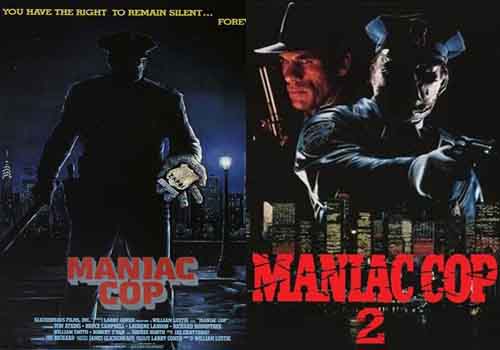 It’s the 50th episode! Be excited! Pretending to not be injured in the grocery store, soy lecithin, drug deals and Vietnamese restaurants, food vacations, it’s not like they have a parade or anything, whodunnit, white privilege and NPR, it was the best of times it was the bluest of times, will the Maniac Cop remake ever happen? David Harbour or Dave Bautista? Cops don’t have to tell you that they are cops, fingering pokeballs while looking Russ in the eye, don’t tell Russ that  Cordell is a zombie, awesome ending stunt, Maniac Cop 2 is Russ’s all-time favorite movie, horror movies replay the endings at the beginnings of sequels and it’s annoying, Russ knows the name of the stunt man, Russ explains every stunt in detail to “give it justice”, eye-strangling someone, Danny Trejo has played a prisoner a lot, there’s a lot of fire at the end of this movie, New (Old) Song!