Episode 52 – The Babadook & It Follows 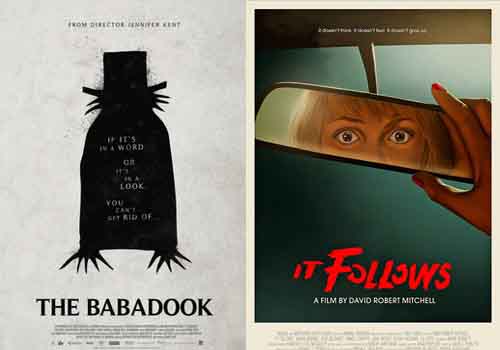 Episode 52 – The Babadook & It Follows
ReMake Me

We did a net-nothing, Russ’s wife gets in a sweet burn, ’Tis the season to bank podcasts, Justin is proud of his secret Santa gift, Russ’s son get’s the perfect gift for poppa, Russ doesn’t get Christmas cookies, Babadook has suspense until it doesn’t, too many creepy things, pop up book is awesome, like Soul Plane, Justin can’t remember Denis Leary’s name and that’s okay or a sign of early onset Alzheimer’s, reading between the lines he’s a weirdo, Russ has never seen an episode of Friends and that boggles my mind, like Signs when you see the monster all the tension is gone, just a reminder that Russ pooped his pants and also lost our writing contest in a clean sweep, The Babadook becomes Home Alone for no reason, Justin can’t make a dinosaur noise, Russ doesn’t want to hear your woulda-coulda-shouldas for It Follows, what about branching paths?, reminder to punch Russ in the face for saying Boo, great exposition? Justin doesn’t think so, reminder that Russ has a Howie Mandel tattoo, when movie plans fail it’s fun for the smart audience, next week is our one year anniversary! #gethyped

Next week: God Told Me To & The Visitor