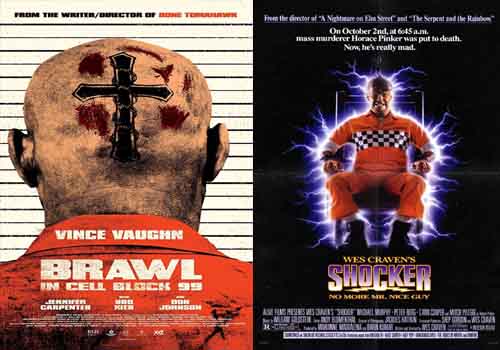 Nothing anecdote-y happened, rewatching Dexter, apparently Justin has no idea what he watched and Russ agrees and disagrees, the Sophomore Slump is real, a reference to Street Fighter the game for once instead of Street Fighter: The Movie, Russ invents a word, the pair disagree a lot on Vince Vaughn’s performance and where to lay blame if there should be, Russ teaches us how to be a proper drug runner, the new “We should start a band!”, Medical Marijuana’s bad marketing, real fight, real explosions, real jails, Justin knows that Vince Vaughn is 6’5”, face-darted, Harry S. Truman was our 33rd President, is Justin a human being? You Decide!, “By the power of Grayskull!”, “Come for the Vince Vaughn; stay for the Jeff Foxworthy” perfectly sums up this podcast, the worst shot ever, don’t call it THE Shocker, if you die in TV you die in real life?, too bad and too insane for Justin, Russ thinks Shocker is actually four movies in one, yelling a character’s backstory at him, Rhino is the hero we deserve, post-concussion syndrome is hilarious, thanks Groucho, watch the first season of Heroes, good police sketches, the Horace Pinker limp story, remote fighting, what is real life?, the John Ritter movie is actually called Stay Tuned…it’s better than Shocker