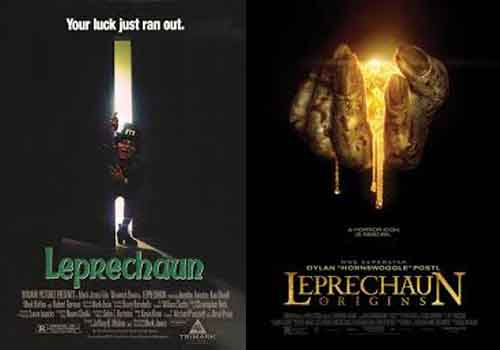 The intro that got kept in, RIP Jack Ketchum, a fifteenth-hand story, good horror people at horror conventions, Kevin Spacey bad – Clive Barker good, Justin is wearing a hat now, Google “John Popper Before”, Justin calls out Men’s Warehouse, Russ is nailing all the wife holidays, Justin needs a proposal idea, stories from the memory book, Russ fails miserably, Leprechaun isn’t good and might be Justin’s favorite horror franchise, Leprechaun was originally titled “A Leprechaun Tries Out Various Modes of Transportation”, what are the true Leprechaun origins?, 100 pieces of gold exactly?, Jennifer Aniston is rich because she has a cell phone, Russ once enjoyed Rosie O’Donnell’s cleavage, how to properly conduct an interview, Justin’s story was wrong, not sure if simple or just weird, Justin loves how much Leprechaun loves shoes, being to old to accomplish anything in life, frumpy padded costume, great makeup, Get Out gets 4 Oscar nods, genre is in at the Oscars this year, two white men mention Get Out and then have to talk about racism for an uncomfortable amount of time, painters who sleep over, Russ now knows more about Star Wars than Justin, Novel Ideas with Russ (TM), Russ confuses clever with funny, Contextual Text with Russ (TM), 12 minutes and 10 seconds!, the leprechaun looks like a modern take on the elf from Elves and an Irish chupacabra, Hornswoggle is the victim of this movie, is modern horror too serious/cynical?, Leprechaun Origins sucks big time, Justin has to choose the movies next time

Next week: You’re Next & Blood Rage