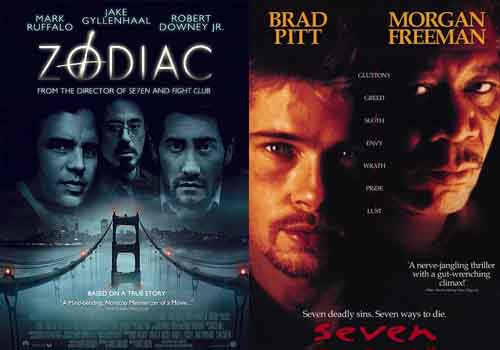 Russ does the audio, scared of spiders, looking for other Pokemon Raiders, Valentine’s Day, read between the lines, Russ can’t handle good movies, should Zodiac exist?, Justin likes puzzles (and the movie Zodiac), don’t draw and drive, RDJ, RDJ, RDJ, playing Hollywood executive, best Forensic Files ever made, Sally Jesse Raphael again, Satanic Panic is a good name for a band, word searches as homework, taxi shot breaks the pattern, The Zodiac Killer has a great reason for existing, butt-clenching basement scene, Russ derails the entire conversation, Zodiac is still a perfect movie, NiN and credit errors, the intimacy of eye gunk, Justin correctly answers Russ’s question and Russ is angry about it, 8MM is a great movie to never watch more than once, why Taken exists may surprise you, Carrie Fisher use to moonlight, John C. McGinley should be in more things, super detectives, Sloth is the scariest thing since the Downey bear, libraries don’t use the Dewey Decimal system anymore and this blows Justin’s mind, crazy production team detail, a Cloverfield discussion out of nowhere, Robert Z’Dar should have been Pride, cranberry sauce again?