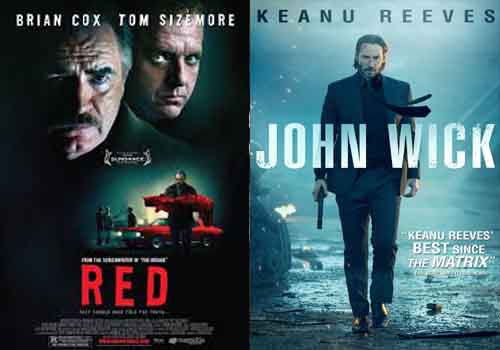 Russell “The Audio Guy” Hall, Apps exist and they tell Russ that he is fat, Justin ate all the Girl Scout Cookies, always pick a pee corner, shower thinking, Russ does the synopses this time, Red is adapted from a Jack Ketchum novel, factual and grammatical, some kids are just messed up, Justin has a new favorite word, Tom Sizemore and Robert Englund are basically just playing versions of themselves, the original director got fired during production but apparently everything is cool now maybe, Brian Cox is resilient, surprise?, Jim Varney is not ruggedly good-looking, it’s Sam Elliot, Brian Cox is also in Red, how men drink a can of beer, Russ wants a Zima, Smirnoff and Smirnoff Ice are most definitely not the same thing, Justin is listening to more standup comedy, the famous tight five, a coda to the toothbrush story, saying something profoundly not profound, Red and John Wick are either very similar or only somewhat similar…that wasn’t very profound, Multiplicity is a great movie, Willem Dafoe always sounds nefarious, nature don’t care if you are sad, CGI turd, Alfie Allen is great, Russ had the John Wick car, competitive mode, John Leguizamo is also great, building the mythos of John Wick, One Weird Way John Wick and Lawnmower Man Are Related, Yellow Fever, Keanu gave money to the SFX team and bought the stunt crew motorcycles, guns are usually boring, gun fu is totally not boring, where’s the Jimmy the cop movie?, hit him with the car car, Russ is a horrible human being