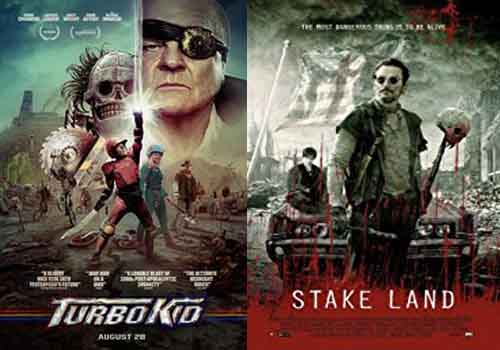 Justin started his new job, Russ is the audio guy, the email computer, Easiest. Week. Ever., weird conversations, Russ is on vacation, the best-sounding worst idea of all time, the rules of foster care, the far flung future of 1997, nostalgia as a weapon, Russ would probably like Anime, Georgia is a country but it’s not in Africa, I fixed the link, old gum is best gum, Justin just rewatched Temple of Doom, Rufia, brother plot twist?, another Dread Pirate Roberts reference, why is Candyman called Candyman?, still disappointed with the Candyman ending, over the top gore is hit and miss, Russ is a needy texter, it’s Turbo Rider not Turbo Man, how to not nail the interview, making an awkward situation way more awkward, neither movie really nails the build and release of tension, Tony Shalub is a treasure…not on the level of John Goodman but a treasure nonetheless, go watch Black Dynamite (the movie), 3%, absurdism is hard to pull off well, Russ doesn’t get Taz, more on tension, Stake Land should have been a series or nothing at all, the vampire baggage, the vampire mashup, how do they turn?, baby drop, the emotionless man, the spider incident, it’s like half the Lords of Salem symbol, the disappointment of unimportant scenes, how many people dying is a lot?, Russ vehemently disagrees with the premise of a joke, the big reveal and the big letdown, it’s a movie of wasted opportunity, the candy bar game

Next week: Troll Hunter & The Autopsy of Jane Doe