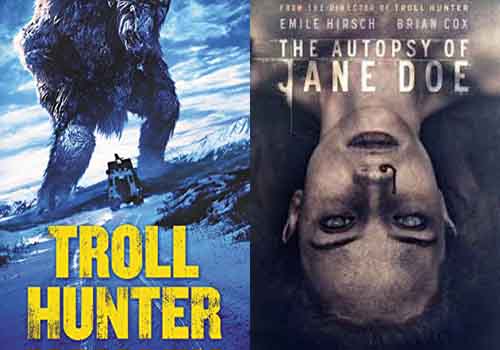 Episode 76 – Trollhunter & The Autopsy of Jane Doe
ReMake Me

There’s a new Halloween?, movie series with bad naming conventions, Justin’s mom is upset over his (fake) piercing, Justin is a momma’s boy, Russ the audio guy, Russ’s last day of vacation, will Russ fit in the go karts?, Daddy loves tacos more than he loves you, saved by the tattoo challenge, water park physical challenge, more updates from Justin’s mom, Russ’s son had an emergency, first real week at Justin’s new job, also first week of kitty integration, home alone with six cats for three weeks, have you automated your cat life?, found footage done well, dumb Americans try to explain Norse culture, rag doll, Russ buys real low, BS science at its best, Russ doing yoga with his kids, Russ gets to see Clive Barker, how to buy electronics, https://www.gofundme.com/brian-keene-burn-fund, the guilt of charity, the thrill of the autopsy and the ennui of the horror, what are steps three and four?, disappointment about a Bible verse being Bible-y, Eli Whitney again, doesn’t it defeat the point, spoilers for This Is Us, the Romero-Russo schism

Next week: Return of the Living Dead & The Battery