Episode 77 – Return of the Living Dead & The Battery 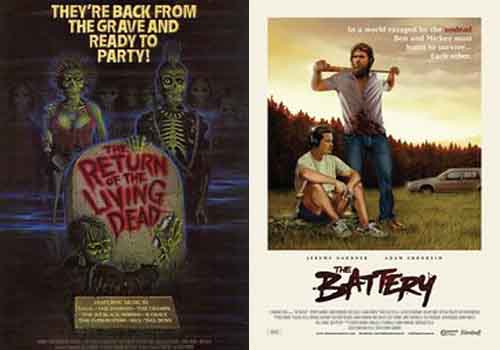 Episode 77 – Return of the Living Dead & The Battery
ReMake Me

Russ starts things off with a challenge, Justin gets a potential offer, Justin does what Trump can’t, Russ mowed a bunch of lawns, Russ and Justin get really real for an uncomfortably long amount of time, Russ gets distracted by a pen, the weird eight, the kid who could write fancy, the first rule of radio is don’t eat on the air, the kinda sequel, stealing jokes from trailers to bad movies we’ve never seen, the complicated warehouse inventory system, they’re not buns, Russ doesn’t like what is going to happen to his body when he dies, podcasting professionals, google burial vaults, dangling corpses, starting to get drunk on sugar, paper towel monsters, obviously his was better, the Self-Destruction of the Ultimate Warrior is the best thing the WWE has ever produced, does anyone have any insulin?, suicidal coincidences, accidental Burt and Ernie, sugar side effects, Justin is completely out of it, taking 48 for the team, Tarman is awesome, zombies aren’t supposed to talk or think or reason, dying tickles, Why Mosquitoes Buzz in People’s Ears is apparently very violent, hitting the wall, room temperature, going out on your own terms, the runtime lie, https://www.gofundme.com/brian-keene-burn-fund, this ain’t the Queen’s English!, Eli Roth wrote that for Justin, Russ the martyr, when is the post-zombie apocalypse, go watch The Battery…I have nothing more to add to that