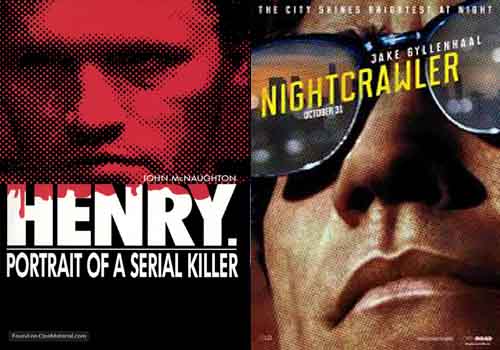 Episode 80 – Henry: Portrait of a Serial Killer & Nightcrawler
ReMake Me

My girlfriend’s back you better cut out on the double, would Justin be upset if a cat died?, cutting a dog’s nails, need knee pads for your knee pads, go check out Tom Kerosec’s facebook to win merch, go check us out on Breaker!, don’t be involved in any way with hitchhiking, Breaking Bad before Breaking Bad, actors with bad teeth, Henry is the Joker, Russ can’t eat animals that look like animals, Chinese Was-Marts are weird, making movies on the cheap, the moment your mind flips, the world’s worst black market TV salesman, Russ learns about the Super Bowl Shuffle, Jimmy Smits does not look like a cave man, the Michael Rooker story, didn’t nail the landing but good film, these are cold movies, killed by the last sip, the uneasy feeling of following Louis as a protagonist, the bad negotiator, another unsatisfying ending but for different reasons, we don’t have many theme songs anymore