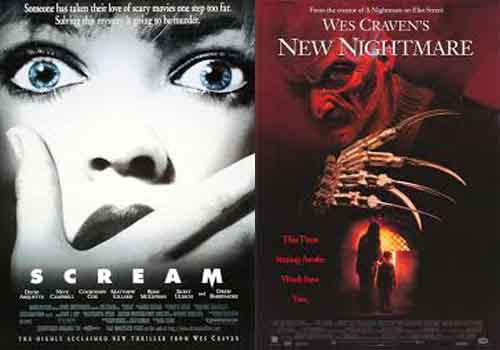 the secret to great dental care is shitty dental care, Russ obsesses over the height of a chair he’s not sitting in, Russ is walking around Jamm-ing people, Russ and Justin are going to do an escape room, Saxaphone Ryan might be a savant, Justin doesn’t know how to respond to a friend, Justin and Russ get into current events, maybe one day this will be a movie podcast again, I guess Alicia Silverstone was in movies so maybe that was relevant, hey a movie!, Wes Craven gets meta, Russ doesn’t like Norm MacDonald – Justin disagrees, Freddy Krueger got real bad, Freddy is a rock star, why didn’t Rex play a bigger role?, it’s not great but at least it’s internally consistent , jelly bean Russian roulette, Hansel and Gretel ending doodly-doo doodly-doo doodly-doo, Russ hates more on MacDonald, Justin busts out a hot joke premise potentially for his tight five, Justin crushes Russ’s excitement, Scream is really good, Russ hated the mask but now he loves it, Stu is the worst/best character in the movie, Wes Craven cameo is a little over the top

Next week: Phantasm & John Dies at the End