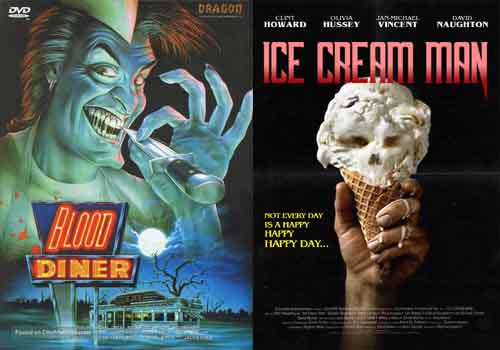 Strap in….this is a long one, Russ and Justin start out trying to solve racism again, it’s Luke Perry not Jason Priestly, Justin had to get a joke in, Blood Diner is terrible and dumb and great and you should watch it with friends, ADR cops, Sea Monkeys bred racism, Russ’s white guilt, the business side of naked aerobics, there aren’t that many sound effects in the movie, hush puppy head, the nuances of Valentino and ventriliquism, the intricacies of ill-gotten organs, archaeologists in movies are always in a hurry, a long talk about wrestling in the 90s and early 2000s, Russ’s new Instagram idea, a phone is not a radio, the ReMake Me episode that wasn’t, deep talk about the Haunting of Hill House, Russ reads Justin’s notes for Ice Cream Man, wandering Marianne, Jan Michael Vincent cashed a paycheck and no more, we start talking about Kanye West for way too long, Russ can’t math