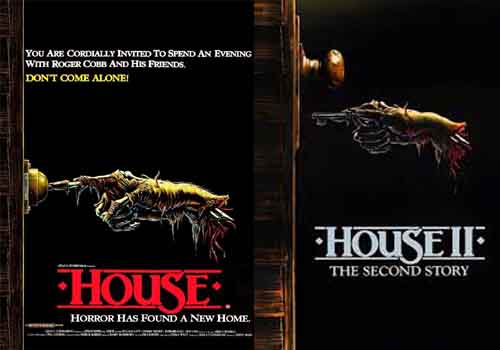 It’s a House party! (when we make it huge and have an intern type up these notes, I’m going to miss these stupid jokes), Justin got a new roommate, Russ segues way too soon, Russ’s Halloween costume idea, making ice cream soup, Justin wants to name a new segment (stay tuned), Russ might need to check himself, House is a movie about a house, Grocery Boy and Old Hag, the 80s are like now but worse, what is corduroy?, a casual near-fatality, that one episode of Quantum Leap, Work Russ’s alternate history, George Wendt is a darling, boom mic shadow!, the best characters in the movie, the best puppet reference ever, the house is the true villain, fat skeletons, the movie turns on the radio, the first episode of What The Russ?, the segment needs some work, Russ’s night shirt, murdered by ghosts, the two ice packs that exist, more casual graverobbing, good guy zombie, Visit the Old West!, the odd comfort in knowing you will at least die quickly, the joke that costs Jesse his girlfriend, Gramps must have just gotten beat up all the time, Bill the Electrician and Adventurer, Remake Mystery Men, the worst scene in the movie for someone to walk in the room, apparently Russ understands this movie, the darkest timeline