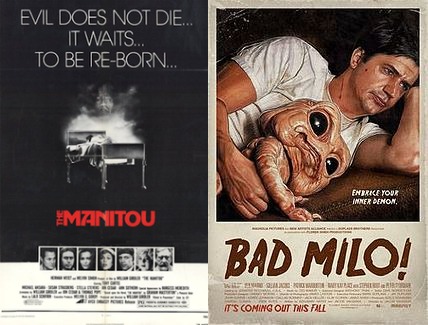 Russ needs new headphones, Marianne is home and Justin isn’t lonely anymore, steakhouse take out to bring in, buying your girlfriend expensive gifts, Russ got a job offer, Russ is this close to starting to play D&D, bowling shirts for the Chowder Society, Justin still wants ReMake Me merch, Russ has a fetish phobia, Justin doesn’t like Seinfeld but probably would now, Justin and Russ listened to the same episode of Stuff You Should Know about human zoos, are World’s Fairs still a thing?, the post for us that’s not just for us, Russ bought Clive Barker art with his yard money, Russ doesn’t know who Tony Curtis is, Cesar Romero is very dead, getting very specific about your vague belief, Burgess Meredith plays the professor who is the best character in fiction, She Bop vs. MmmBop, Cyndi Lauper isn’t Christina Aguilera, opening a door to space, minorities in film who aren’t treated as minorities in the film, ReMake Me 101 is complete, New Philadelphia Pennsylvania, a new map, State Facts! with Russ, The Tick for SNES was great, Russ finally finishes his D&D story, Bad Milo is fun if you like that kind of movie, the game with no dice that has dice, what if that kid from high school had married Justin’s mom