Episode 55 – Devil’s Due & The Taking of Deborah Logan 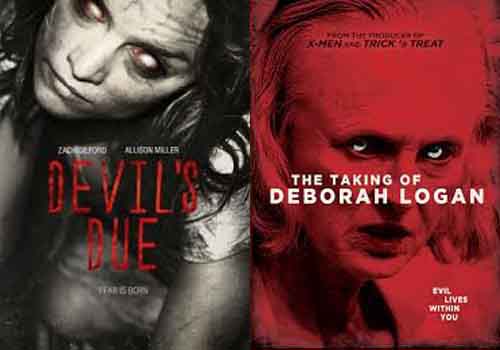 VR for Christmas was the gift that kept on giving, What’s your name?, no hair brush answer yet, nerd icons in Love Actually, casual Christmas, weirdly there are some light The Last Jedi spoilers, why we didn’t watch The Devil Inside, creepy son is creepy, why are they filming in found footage movies?, go watch Chronicle instead of this garbage, fat guys trying to determine if it is them wheezing, this seems legit, Russ and Justing poorly try to explain Satanism, random security footage, sonogram photos are dumb, dvd swapping logistics, the promotional video for the movie was better than the movie, Russ keeps saying pram because apparently he is British now, the joyous news of new life hits Russ, all Russ needs is justification in a found footage movie, Justin didn’t pick up on the fact that the sheriff was the girlfriend, dealing with Alzheimer’s in the family isn’t fun, Always Say Please and Thank You, Dr. Dan, Filmmaking Tip:  If you are going to make an argument in a movie and then do the opposite of the conclusion make sure you give a reason why or else it’s confusing and frustrating, judge the dumb shot for yourself (but it’s dumb and bad), running man fingers